Untie her and let her go free

I went to Mass yesterday-- a good move on my part. I'd been out wandering about without specific aim when I realized it was nearly noon and Xavier was only a block or two away. While sitting in the Mary Chapel, the pastor approached me about how much he enjoyed the Isaiah reading I did for Midnight Mass on Christmas Eve. 'Mesmerizing' was the word he used. The director of music had already told me that he was blown away.

I'm glad the emotion came through...because that is how I hear those readings-- alive, breathing, lifted free from the page and allowed to take shape in sound, allowed to splash across the canvas of hearing and feeling and leave image and movement hanging in the midst long enough to be felt and recognized but also light and loose enough to disperse and become a part of the larger whole.

It was a place to set myself free from feeling as bound as I have lately--bound by knots of my own making that appeared in threads of my life that I thought I had gently looped. It is nigh unto impossible to disentangle one's own knots in situations like that, I have discovered of late. Beginning? End? Which part to let go so that something else can be pulled through?

The reading that night had a lasting effect over these past days... to fill with Word, to taste the goodness, form it, free it...this is necessary nourishment for me that loosens my heart, mind, and body. It helps me regain that flexibility of spirit that allows for bending and bowing and dancing anew, unknotted and freer--though still with threads that dangle and promise to try again.

I know soemthing that helps, though, when that happens. Allowing it is an amazing, humbling thing that leaves me thankful, and though you'd be hard pressed to tell by reading this, without Word of my own-- until it returns in honeyed wonder.
Posted by Kimberly at 5:44 PM No comments:

What Five Things did today bring for me?

2. A poem for an exhausted friend (see below if interested)

3. A walk on the streets of Manhattan where I encountered a mother trying to apply Chapstick to her kid's lips and who finally had to say, "Look, you can sing, but you can't move your lips, honey."

4. A modestly better mood than the one I've been in the last couple of weeks

5. Bonus points of personal satisfaction for doing a good job translating the poem before checking online and human resources.

Gift for a Friend

Written this afternoon for an exhausted friend...heard while wandering the streets of Manhattan...no irony lost there.

Center...
center down,
my friend,

to where gravity
falls away
into my arms;

where efforts
to be other
are gloriously pointless;

where stones
still spark inside

and rain
will teach you
how to be free.

©MperiodPRess
Posted by Kimberly at 4:31 PM No comments:

Unfold the seasonal petals
of your snow-dusted bursting bloom!

Then ah—listen!
Soon follows
the clear benediction
of a cold bell chiming.

©MperiodPress
(with thanks to Gwendolyn Brooks who wrote, "Conduct your blooming in the noise and whip of the whirlwind.") 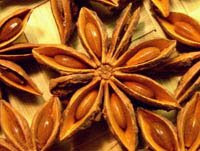 Despite, or rather
perhaps because of,
a weighty preponderance
of wide-spread reasons
for acting otherwise,
we are called to rejoice.

Called to find a crumble,
how ever fine,
of pungent and potent
spice-infused gaudete.

(It settles, wanting sifting, I’ve found,
in the omnipresent dust of living
that tucks in pocket corners.)

Denying nothing,
I am called to turn out
my pleats and folds,
shaking free
the perfumed and flaring
glitter of hopeful wonder
that gathers there
waiting to be disturbed.

By nature, I am an early person...and I had the most wonderful morning this morning because of it.

After several sections of the paper, a large mugful of dark roasted Tanzanian Jubilee coffee, and a bowl of oatmeal, I headed to church for a meeting of liturgical ministers. I arrived an hour ahead of time and discovered that liturgical ministers were not the only ones meeting today. There was a retreat being set up in the Mary Chapel, there was a meeting of parents desiring baptism for their children in the West Room, and there was something going on in the dining room downstairs, affectionately known as the "Lower Church." One of the women setting up the retreat told me that my meeting was going to be in the main body of the church.

I pushed through one of the doors and came upon what felt like the simplest, grandest, surprise party. An empty church, space I know well and dearly love, lit only by the sun. For a while I sat on the steps in front of the high altar and simply drank in details I miss dwelling on each Sunday because I am ordinarily focused on the people in the pews. I noticed statues on the second tier that I had never seen--especially the one on the west side, second from the back, that was my marker of time passing as I sat in contemplation. The sunbeam coming through a stainglass window on the opposite side fell precisely on the statue and gradually moved up the pedestal, the feet, and robes, to land on the face of the prophet. I like to think he smiled on this cold winter's day.

I so enjoyed this change of perspective! I decided to take further advantage of this gift and indulge in more alterations of my usual viewing points. Coat tucked under my head, I gave in to a long held desire to lie on my back about 3/4 the way down the main aisle and gaze at the ceiling and the side arches. I wanted to take a long look at where the sound goes each Sunday. I hear and feel the sounds of Church wash over me, wash through me, there on ground level, but my ear and heart also tell me that the singing, the reading, the praying, rises. I have heard the sound that hangs above when the notes have ceased below, when the syllables have already been proclaimed, and the prayers set free. What space is it that has absorbed such praise, such petition, for more than a century? While gazing, I also noticed that all of the paintings on the ceiling are oriented to be right side up from the congregation's point of view, not from the view you'd have standing at the front looking out. I found that little detail surprisingly considerate for those whose attention tends to roam.

I have to say that I felt the most peaceful as I have felt in a while, lying there with my head nestled on my fleece, my ankles crossed, and my hands stuck in my jeans pockets.

I knew the time for my meeting was getting close and more people would be coming in...more people who may or may not quite understand why I was so very happy to by stretched out on a floor in the middle of a large, empty space. The director of music came in first. I sat up, greeted him and, so full of the joy of this gift, told him what I had been doing. He smiled and said "That's really cool."

Gather them! With incensed steam—
a mug of bone warming hope
swizzled with the tingle
of a mulling-spiced dream!


Feed them! With the marrow of faith—
rich from the flavors
of steeping in life; fat
with succulent beauty!

Comfort them! With a breadth of love—
yeasty, dense, and prone to rising;
with a soft and nestling heart,
comfort, o comfort, my people.

From the RevGals...An Advent Friday Five

to be carried away by song and Word

to be grounded in the need of here and now

the adventure of life in fullness
Posted by Kimberly at 5:18 PM 2 comments:

After trying for three months to find a date and time, I had brunch after Mass yesterday with a friend. We spoke of our recent experiences working abroad in Mexico and Myanmar, we spoke of God and choice and light and Advent and the fact that the world is a mess but full of God as well and can be no other way. In several ways it was a most restorative meal...an encounter with someone who also loves God deeply and widely and speaks of that love with wholeness and ease.

At one point we were speaking of the Advent call to watch, to attend, to notice and in the course of our walking that ribbon of consideration and trying to describe our steps, I was reminded of a paragraph I'd written lately for something else.

"One of the greatest attractions I have to Jesus is his ability to hold full knowledge of that which is profoundly human, with all of its contradictions, confusions, and mishaps right along side that which is most glorious and then say of the whole, “this is what is most real and true and where you will find my heart.” For me, community is one rich place where I have had this opportunity and experience—to hold both the earthly and the divine together and say “This is what is most real and where I choose to put myself.” I am called to grow there—in strength, in generosity, in kindness, in patience, in love… and I am called to receive the same from my sisters. It is not always easy, but I do not think it is supposed to be. The best I hope to do is be one who can hold the already and my sense of the not yet together to say Here are we, fallible and wonderful, and here is God, glorious and merciful, and that is what is most real. And to act in such a way that others can tell that I am trying to do that. "

May our hands and hearts and senses be open this Advent. Open to a world alive with both death and life, a world created in love, and please God, tending that bit of tinder and kindling to keep us warm when night looms.
Posted by Kimberly at 7:12 AM 2 comments: