I have been thinking about this post for days.  When I posted the poem from Martins River, I happened to notice—Oh geez, the next post is #500!  The 500thpost…eleven years after starting this blog.  (And I had been worried about whether or not I had enough to say to sustain it…Ha.)

Part of me thought—Oh, this should be about something big. Something monumental, something befitting the imaginary neon banner that runs across the top and flashes

And then I thought about my loyalty card for a local coffee shop.  When drink number ten rolls around, it’s on the house. They don’t put a limit on the drink—It could be any sized splashed out bit of goodness they offer.  But I never really think about that…heck, half the time I don’t even know what number I’m on.  I order the drink I want (usually a double espresso) and every now and then, I get the good news that it’s free.

In other words, there is no neon banner flashing….and no fussing with inventing a monumental topic simply because I’ve reached a milestone that does in fact surprise me.  I’m just going to write the double espresso.

I was reading Robert MacFarlane’s The Wild Places this morning and he spoke of balloons on strings describing circles in the air.  I love that use of the word describe.  You give shape to something else…you create parameters for something so that it might be imagined… The balloons were moving in such a way that the shape within the path was a circle.  Balloons also describe a quantity of air.

For 500 posts, this blog and its whole variety of themes and contents, has helped me describe the wonder and mystery that is God in my life. For eleven years, this blog has helped answer the dream of a kid who used to look hard at things and think it might just be possible to see inside if she could let go enough; a word-loving kid who wanted a way to tell other people about what she noticed or thought about because somehow she knew that every now and then there was something important there…there was a connection to something beyond her that was a source of consolation and wonder and wow.  Decades on, she calls that God. 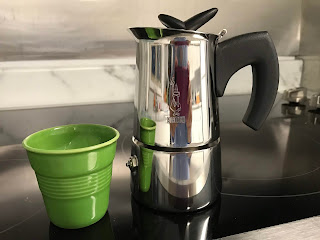 Thanks to those of you who stop by and read the posts here, who share the posts and comment upon them… Thanks for sitting across from me and sharing in the conversation and the quiet; the curiosity; the poetry, the prose, the photographs. 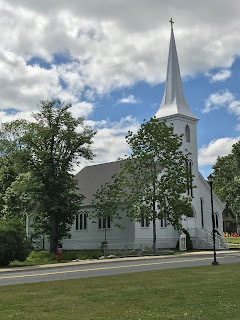 Church bells to lean against;
Cape Islanders, sailboats, and dories
in reunion before me.
You, silver-winking in your delight
with the lot of it: with the purple house
and the teal one next door;
with the boats and their sleep nodding prows;
with the masts trying to reach you;
with the gulls who play tag with you;
with the syncopated pealing of carillons;
with the lemon rhubarb scone
that is the taste of every springtime color
and a sticky hum of summer’s freedom.
I don’t bother with a napkin
even though my fingers
are lightly tacky with delicious.
At best, maybe
that is what awe and wonder are…
Not the experience itself, 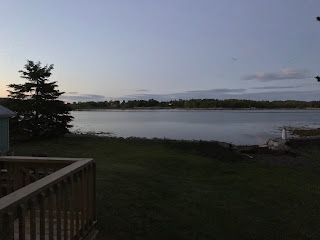 but what remains
to allow us to enter into,
to open out onto,
your presence
over and still again.

—Kimberly M. King, RSCJ—
Posted by Kimberly at 9:35 AM No comments:

The other day I looked back at a poem I wrote a while ago and re-worked it a bit.... 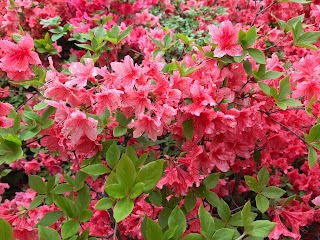 Wingspan
Oh glory what can gather
in the wingspan of my voice…
the bite of a color,
a wide-sky ache of longing,
the song inside a stone.
These wings, my voice-
oh the pleasure
when it flies,
when it smooths and when it
pauses; when it rises;
when it follows a sonnet’s contours,
when it wails and when it laughs;

when it is freed on the power
of a spiritual truth and wakes
the word from the page
and conforms to it, tastes
the story and speaks the feast;
These wings, my voice.
Oh, what I do not yet know,
what I consider in awe and curiosity,
is how far this voice
can stretch. 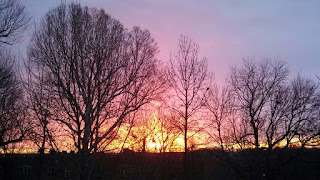 I want to use these wings until
at day’s end they are weary
and can go no further.
I want to feel
syllables of life upon my feathers
and be able to describe how they catch,
how they lift, how they weigh,
how they waken the fireflies
when they skim past at dusk-hour.