I don't often think "Road Trip" when I think of Lent, but this year as these 40 days get underway, I am tingling with an urge to simply GO. Not that I have a destination or even a particularly conscious reason, but there is a part of me just ready to shoulder the bag and be gone, roaming. Roaming, writing, praying, doing, sharing, with God, with and for others...


Some conversations I have had during these last weeks also leave me perched with a readiness...conversations about the possibility of putting together a book...others about what I will do in the summer...about my work as a translator...about notions of home and discernment and freedom and yes and being open and the will of God.

Yet, I am here, called to be librarian, community member, friend... but, inside...I am called also to be a little bit in the looseness of there.

And also called to the desert... Hm, perhaps that is where the two places meet... in the thinness of the veil that gently falls in the openness, uncluttered by what is not essential within or without.

As this wonder is ignited by the warmth of the Spirit alive and dancing, lines from verse by Mexican poet Enrique González Martínez bloom with light.

The one who roams/ had but three things for the journey: / eyes open to the distance/ an attentive ear/ and a light step.
Posted by Kimberly at 5:57 PM No comments: 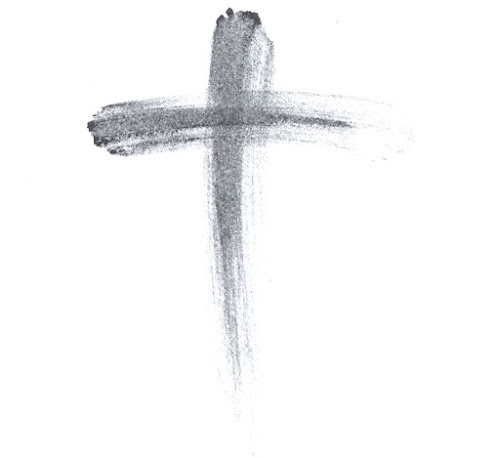 toward love and its deeper knowing.

toward the company of compassion.

toward the yes that flames boldly.

toward the difficult honor of your invitation.

toward the forgiveness that eases

the pinch in my own heart,

tired of holding too close the ache.

Mark me, O God, as I was in the beginning,

am now, and ever shall be:

Posted by Kimberly at 9:02 PM No comments:

What DO you write in there? 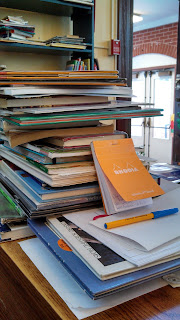 Four times last week alone I had people ask me--What do you write in that notebook?

The question should not surprise me...many have asked me that over the years (decades) that I have carried at least one notebook and a number of pens in whatever bag I have slung across my body or in the pockets of whatever I have on.  It should not surprise me and yet, for whatever reason, I am usually startled that people even notice I am doing it.

But last week, it was students and a friend asking—both with an accepting and genuine curiosity that wove underneath my accumulated guard of wanting to know why someone wants to know before inviting them in.  That protective instinct has softened considerably over time but not gone away completely.  And, I do admit that Harriet the Spy has always been a kindred spirit on some levels.

With the students in the cafeteria, I pulled it out and riffled the pages—“a recipe for chocolate cake; the list of who is praying at lunch next week; driving directions; a doodle from a meeting; the beginnings of several poems and a paragraph for my blog; a description of a sunrise; a packing list; daily to-do lists; grocery lists; reminders to talk to certain teachers; and the kinds of coffee I've tried at a local coffee shop. Those who asked thought that “was cool” and resumed their ziplocked feasting with a side of curiosity satisfied.

With the friend who asked, I pulled it out and showed her my pages of following the first grade assembly invitation to write the word “Joy” any way we wanted to and list three things that bring us joy.  She has also read many other bits and pieces that I've written and been one to invite me to craft them for different needs, events, or circumstances.

I look at the pages and see something of my mind’s conversation…but it is more than seeing…the pages are also about writing to hear and listen, writing to touch or feel, writing to remember, writing to create, to think, to bring dimension to ideas.

And, the pages are about more than my mind as well. They are about my heart, spirit, and being and what fills them and wanting them to come together…to integrate… and the page is my open field.

If when you wake up in the morning, you can think of nothing but writing, then you're a writer. (Letters to a Young Poet)